History of Slavery Part 2- Slavery in The Middle Ages 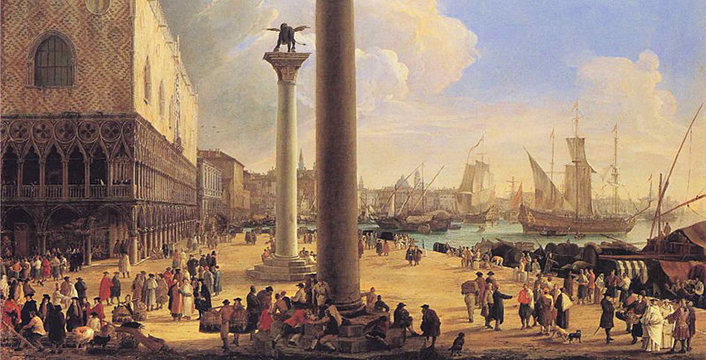 Throughout the Middle Ages, (defined by historians as a three-part time period between 500 AD and 1500 AD) the practice of slavery changed dramatically as global warfare, raiding and conquering spanned across continents. This led to chaos and confusion as the citizens of conquered regions were taken as slaves and transported across many miles to work as slaves for their captors.

Read on to learn more about how slavery changed in the Middle Ages, as well as what you can do to help end child slavery in modern day Haiti.

King Charlemagne is responsible for uniting large parts of West and Central Europe at the outset of the Middle Ages. This unification came about through war and violence and many of his campaigns involved taking slaves and selling them to the highest bidders. Throughout his reign, European slaves became wildly popular throughout Muslim countries, marking the true beginning of the global slave trade. Throughout this period in history, Vikings were also taking slaves across Europe, concentrating heavily on The British Isles. Additionally, Spain and Portugal were in an almost constant state of Holy War between Muslims and Christians, leading to many women and children being taken into slavery in the name of God or Allah.

Throughout the Middle Ages slavery was also taking root in Asia as Islamic invasions of India resulted in the enslavement of hundreds of thousands of Indians. One historical record shows that in the year 1001 the armies of Mahmud of Ghazna conquered Peshawar and Waihand, capturing and enslaving roughly 100,000 children and young people.

During this same time period in China, documents show that royals from the Tang Dynasty purchased many European and Jewish slaves. The soldiers and pirates who serve the Tang Dynasty also took countless slaves in raids on Korea, Turkey, Persia and Indonesia as well as thousands of slaves taken from indigenous Aboriginal tribes.

Although illegal in every country on the planet, slavery is still at work across the globe. Restavek Freedom is one of the top charities currently working to end restavek, a form of child slavery in Haiti, in our lifetime. We utilize child advocacy, child sponsorship, education, and political awareness in our efforts to put a stop to the restavek system in Haiti, a system currently stealing the childhoods of countless children.

In the restavek system, parents send their children to live with wealthier families when they can no longer care for them. Rather than taking these children in as their own, these new guardians use these kids as child labor, forcing them to work long hours without education or playtime. Our goal is to end this despicable practice for good and ensure that every child in Haiti has a chance to grow, dream, play and reach their full potential.

To read more about the history of slavery, visit restavekfreedom.org/the_history_of_slavery.